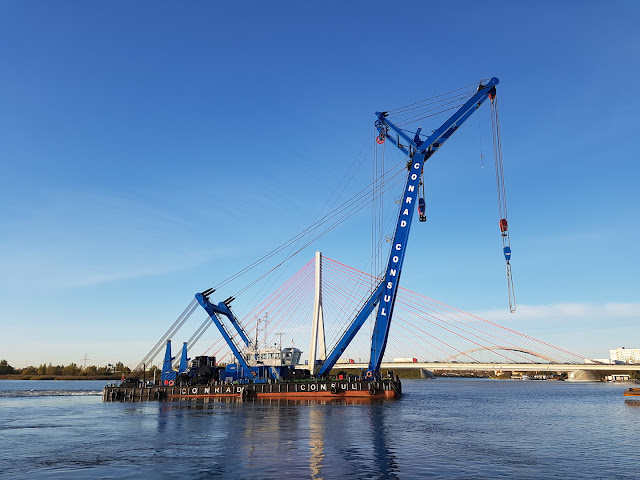 Straightpoint (Poland) – SP Load Cells Integral to Floating Crane Software Package. Polish marine electronics integration specialist Navinord has installed a state-of-the-art software package that includes four Straightpoint (SP) load cells on a 440t capacity floating crane, which is currently based near the Third Millennium John Paul II Bridge spanning the Martwa Wisła River in Gdansk, Poland. Its new owner renovated the crane, originally named “Consulado De Bilbao Dos” when it was built in Bilbao, Spain in 1971, last year. It is now bi-located at Marine Projects Ltd.’s shipyards in Gdansk and approx. 20km further north in Gdynia. The crane is currently known as “Conrad Consul”, taking half of its name from Marine Projects’ daughter company Conrad S.A., which specialises in the production and delivery of complete luxury sail and motor yachts. Consul boasts two pairs of hooks, two of 100t capacity at the front and two bigger 200t capacity units behind them. However, its overall capacity is only 440t as, while four hooks can be utilised for a single lift, not all of them can lift to their full capacity at the same time. On each hook is an SP 25t capacity Radiolink plus load cell, each of which was installed during the major refurbishment of the crane last summer. Navinord’s load monitoring system—LMSmk1—is capable of gathering data from up to 16 strain gauges, explained Piotr Cywiński, marine electronics specialist at Navinord, also headquartered near Gdansk. In addition to the four SP units, two other devices feedback on boom line forces. All devices feed data to a master computer that can be read remotely, over the internet, and / or in Consul’s cab. The system also provides error notifications; generation of information graphs covering designated time periods; and customisable interface colours. There are many other features of the crane itself besides, said Cywiński. Consul is equipped with navigation and communication devices, primarily for use in marine salvage, ship emergency response service (SERS), and wreck removal applications. Meanwhile, CCTV facilitates lifts out of the line of sight when it is necessary to work, say, inside a cargo haul or when another vessel might be obscuring the operator’s vision. Consul is powered by two Voith Schneider propellers that provide propulsion and steering in one unit, while a new generator, power converters, chain blocks, lifting ropes, glass wheelhouse, and steering consoles were among other new installations. There are two other, similar floating cranes in the region—the 330t capacity Maja and 100t capacity Conrad Goliath (the latter also belongs to Marine Projects)—but Consul is the largest. While it is primarily engaged in lifting activities in Gdansk and Gdynia, it is also capable of open sea voyages, making ports elsewhere in Poland and Lithuania accessible. 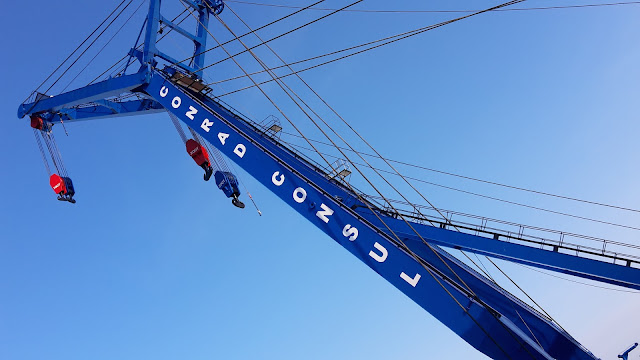 Consul boasts two pairs of hooks, two of 100t capacity at the front and two bigger 200t capacity units behind them. 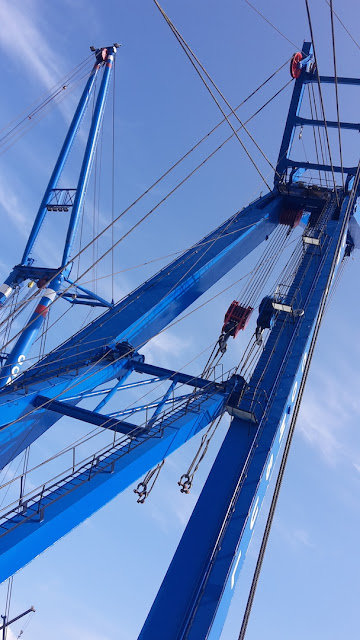 Consul is equipped with navigation and communication devices. 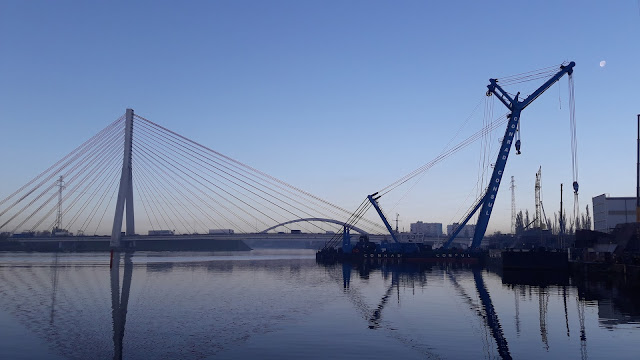 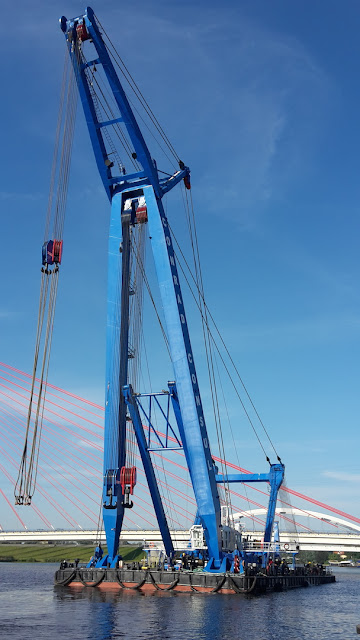